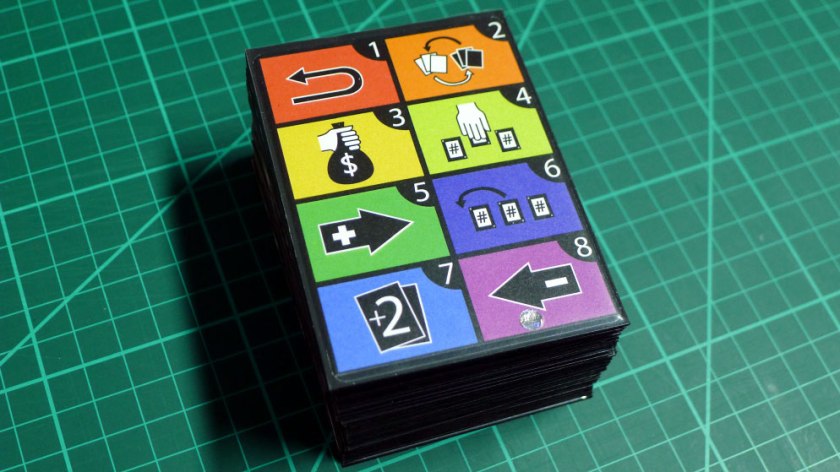 First, it has colors now. Developing the icons in black and white helped to make them readable so players don’t just rely on the colors. After that was complete it was fairly quick to bring colors in. All the numbers are still there though, making it playable by the colorblind.

This experience taught me a lot about iconography and preparing editable files for inevitable changes in the future.

Second, Advance Mode has become standard because it’s much more rewarding. Players feel like they have a certain degree of control over the game’s more random parts.

Third, the new players at the latest Arcádia meeting said they wanted some more meaningful choices during the course of the game. They felt like their whole turn was useless if they didn’t score any new points. They also suggested adding coins to the game, which would be easy to get but aren’t worth that many points. Still, it is another way to increase your score if you don’t can’t deposit cards this turn.

I got some tokens, tried the game with these changes against myself. The game was so balanced that every test game ended up a tie. I started taking more thorough notes while playtesting to see which actions are the most useful.

Ended up with a new victory condition that makes the game much easier to learn, more tactical and, hopefully, fun! I’ll keep testing and bring back results.