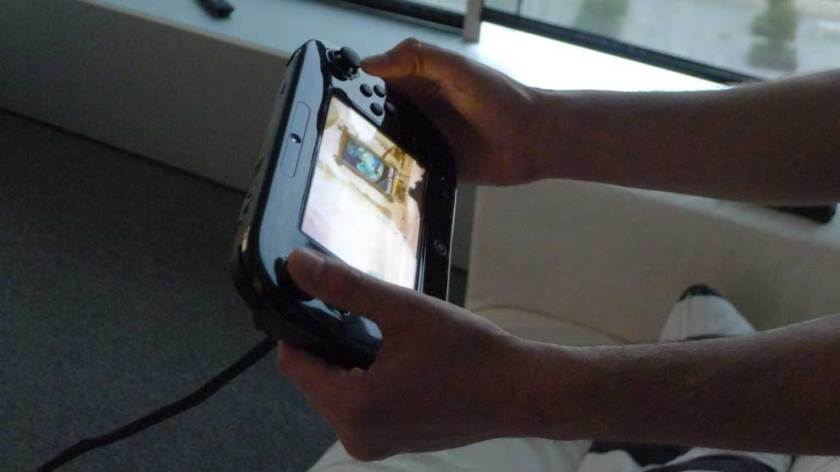 Last week I had the chance to play on Nintendo’s upcoming Wii U.

The very first impression is that the controller is light, very responsive and comfortable to hold.  As for the console itself, it looks very much like a Wii with rounded corners and a longer backside.

The available games and tech demos show it has a lot of potential for original gameplay mechanics. Nintendo has a clear idea of where they want to go next, and it’s not just shinier versions of last year’s blockbuster games.

Panorama View is a 360º video that you can look around in, zoom and, in the case of the London tour, switch from night to day. It is very easy to see how this can be used for non-gaming applications but I couldn’t stop thinking that it’s the perfect platform for a new generation Pokémon Snap or even Beyond Good & Evil.

It is easy to imagine something like a roleplaying game where the one with the pad is the dungeon master, shaping the adventure for everyone else in the room. ZombiU‘s multiplayer allows you to play the “AI director”, creating obstacles for the other player as he goes along.

The asymmetrical side to the Wii U’s pad is what draws me to it. It brings a range of social interactions I had only found in board games. This allows for games that will bring people together, and I’d love to have a go at developing for it.

There were future 3DS games on display as well, and one completely took me by surprise: Luigi’s Mansion 2. It is polished, charming and I didn’t want to let go. I had never even played the first one but I jumped straight to ebay as soon as I got back home.