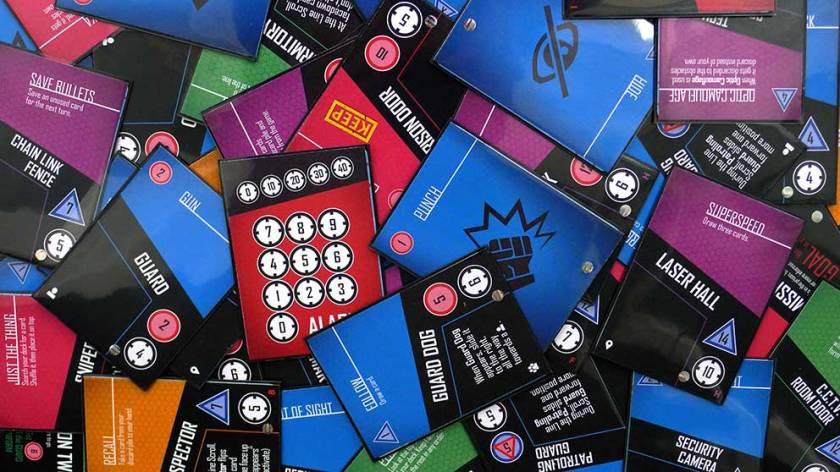 After a week for rules clarifications and typo corrections, Agent Decker was submitted to the 2015 Solitaire Print and Play Contest on BGG. In addition to the version with the simple graphics I was using, there is also a much prettier looking version which was made by Sara Mena!

Releasing a game for free is very rewarding, even in ways I hadn’t imagined. Getting good feedback is always cool, seeing online users spontaneously recommend my game to other users was new thrill, but nothing would prepare me for what came next:

Fans made their own digital adaptations of Agent Decker!

BGG user Chad Mestdagh created a digital version of Agent Decker in VASSAL, a tool where you can create and play boardgames. You can get it here.

Steam user mew AKCat created a digital version of Agent Decker in Tabletop Simulator. You can get it here.

This blew me away. I had never had such demonstrations of love for any of my side projects, and it really motivated me to keep going.

What’s next for Agent Decker? The designers who participated in the contest will be playing each other’s games over the next thirty days. After that they’ll vote and one game will be crowned the winner! I have been following the other games but didn’t get a chance to play them, so I’l looking forward to that.

No matter what the winner is, having another finished game is a victory for me, especially one that I can hand out for free.

I’d like to print a few copies with professional quality so I’m scouting around the several websites that do print on demand. Some players mentioned that they’d like one of those, so we’ll see!

As always, you can get Agent Decker here for free.