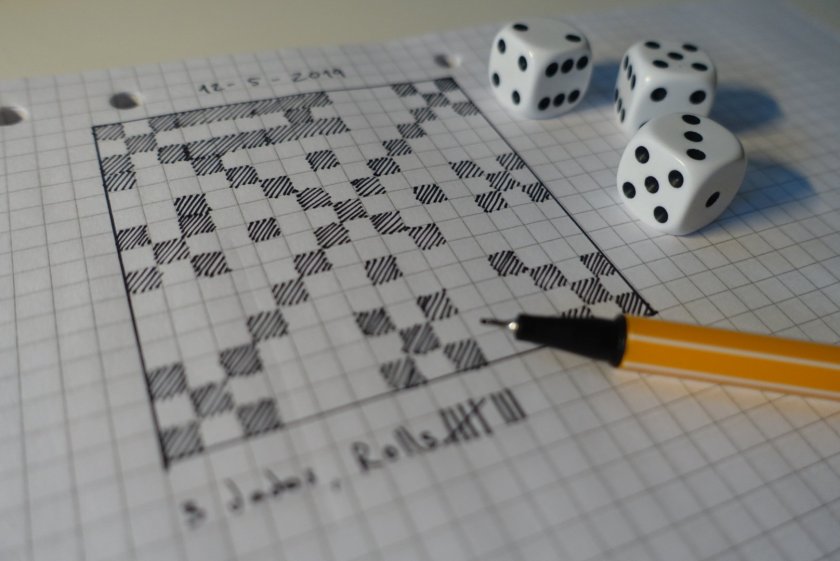 Last week I woke up at 5 in the morning with an idea for a roll and write game about Portuguese cobblestones. How could I ignore it?

In Portugal the ground is paved with limestone, often in intricate patterns that go from geometrical to historical. These are so common that, in their routine, most people forget to look down – myself included.

I only started appreciating them when I left the country and saw how grey and monotonous foreign sidewalks were. 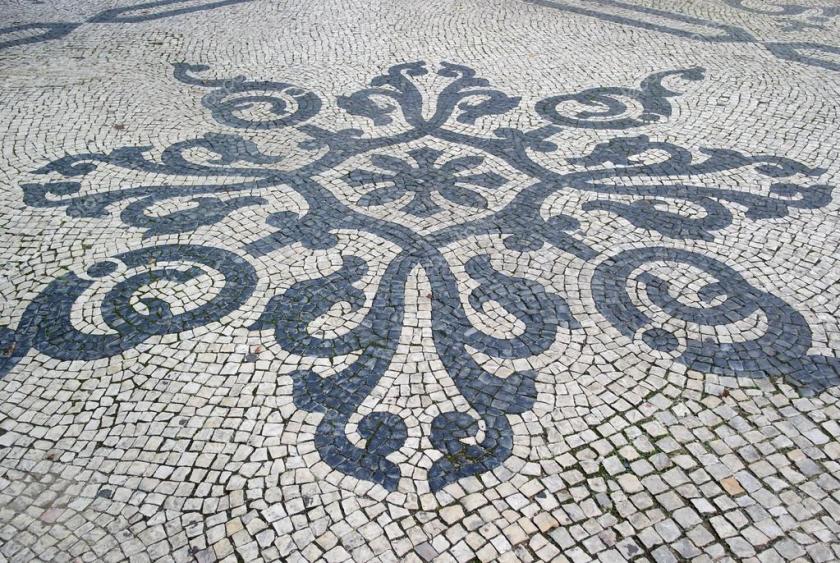 The main concept of the game is:

Each player is in charge of their own square, which they will decorate using the patterns they rolled. Players take dice, chip pips away using a hammer and draw them on the sheet. Negative space is important, as players score by creating patterns.

How does that sound?

I’m calling it “Public Squares” for now, a suggestion from Carlos Leituga!

This is very different from the other games I’ve designed so far but that’s part of the appeal for me. So much hinges on the scoring system, but that’s a topic for a future post.