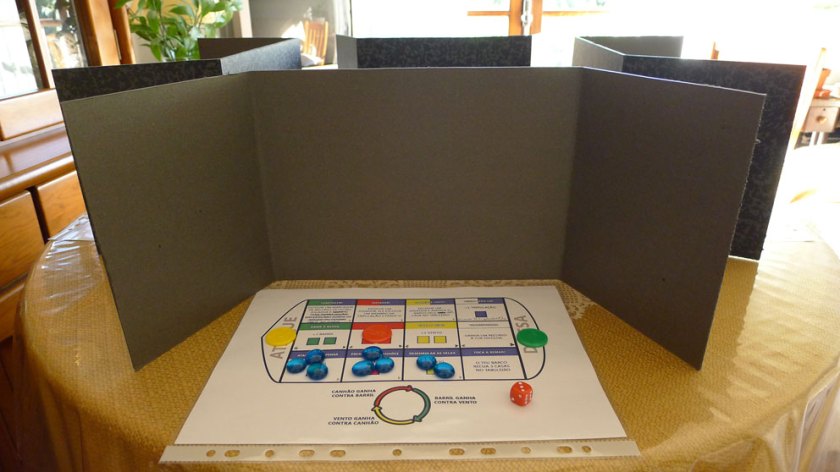 The second playtest was a lot of fun, but it was marked by the most game-breaking rule yet, “Sacrifice”.

My intentions were to create opportunities for losing players to get back on track, but I had no idea it would be abused as it did. As soon as I taught the testers about this rule I could see their eyes shine as their plans formed.

I knew I had made a mistake, but I let the game start like that anyway.

The players started using it on the very first turn, which is something I expected. What I did not expect, though, was to run out of crew tokens. This rule is out!

This lead the way to a new idea that increases tension and reinforces the game’s theme. Not mine, but Jorge Graça’s. I just adapted it to fit the game. Now you’ll have a chance to control the speed at which you are sinking by assigning crew members to drain the water out. Betting big on an action means you’ll have to take them out of there and risk sinking faster.

The arrows on the side of the actions were barely used as a reference at all, so I’ll keep the standard from left to right, up to down order and update them for reference’s sake.

I’ll give the players more opportunities to chose which other player’s crew members and resources are they affecting with the most expensive actions.

I have to mention Nuno Carreira found a design flaw and pounced onto it like a hungry cheetah, winning the game in a way I hadn’t thought of before. Thank you man! I’ll fix it in time for the next playtest.

Next up: both board redesigns and an updated prototype!