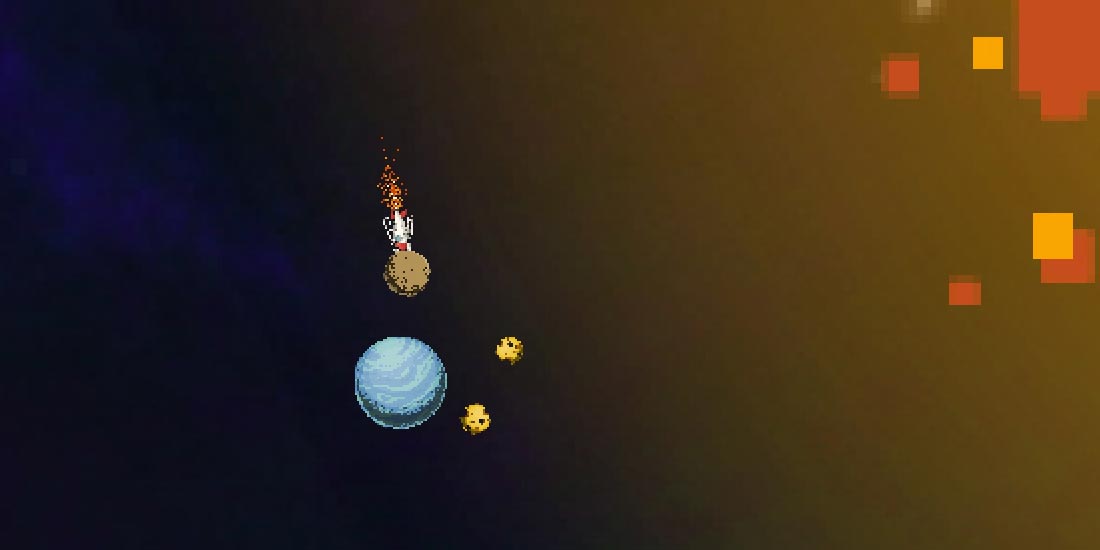 Overpopulous is an arcade game where you drive a spaceship and a planet along the universe, bumping against other planets to spread your race around. It was made in 72 hours for Ludum Dare 23 as part of team Make A Game. It got 18th place overall, and 10th most fun game.

The planet of Mengolia is overpopulated and we must do something about it. All the planets we can see from here seem vacant, so why not build a ship to drop off some of your mengs around the system?

Too bad your scientists aren’t that good at rocket science. They built the ship upside down! Now you’re dragging the planet around, but it’s still a good chance to spread your mengs around.

This time we had a bigger time and really went for it. The game has credits, a tutorial and even an animated intro!